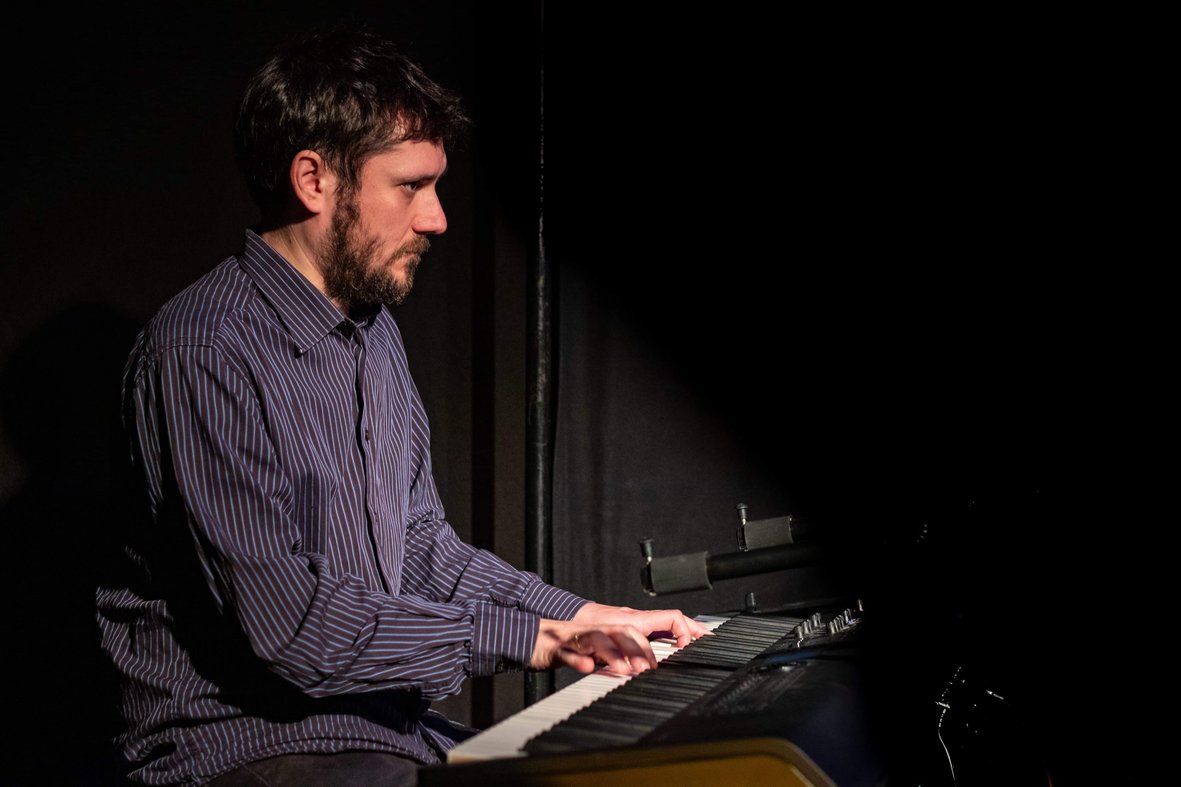 Davide Incorvaia is a jazz pianist and composer, whose distinctive approach to the piano combines the classical european music tradition with the current experimentations in contemporary jazz, finding a balance between structures and the creative flow of ideas, in order to express every time with a strong sense of narration the living moment.

In his compositions and improvisations, he aims to find the momentum, the unpredictability, that defines for him what jazz is about, the revealing of a form only at the end of a performance, developing musical ideas through the natural cycle of attraction and retention, creation and destruction.

He was born and studied in Milan, Italy, achieving a Bachelor degree in Philosophy at the Università degli Studi di Milano and the 10 years Master degree in Classical Piano at the Conservatory of Piacenza under the guide of Maestro Alessandro Ceretti. Deeply involved in the music of Johann Sebastian Bach, Alexander Scriabin and the french impressionists Maurice Ravel, Claude Debussy and Francis Poulenc, Incorvaia was, during his studying years, already attempting to incorporate classical european music elements into the language of modern jazz. He then studied for 5 years under the guide of the renowned italian jazz pianist Franco D'Andrea, who praised him as one of the best students he ever had, at Milan's Civica Scuola di Musica Claudio Abbado, achieving a Master degree in Jazz Piano with summa cum laude.

From 2010 till 2013 he was also the stable pianist in the quartet of the neapolitan saxophone and flute player Sandro Cerino and from 2011 till 2013 the pianist of Luca Missiti's big band Monday Orchestra.

His Davide Incorvaia Trio with Emanuele Garro on doublebass and Paolo Zucchetti on drums performed in many italian theaters and festivals as well, including the Umbria Jazz Festival 2012 and Iseo Jazz Festival 2012.

At the beginning of 2014, he decided to move to Berlin and began to expand his horizons in the international, thriving jazz scene of Germany's capital city.

Spacing from hard bop through free jazz, fusion, electronic music and beyond, he expanded his expressive possibilities, searching for unique timbres on the piano and blending also synthesizers in acoustic jazz contexts.

Incorvaia's improvisations have always a strongly felt narrative arch, which shines in his solo performances as well as when he plays in an ensemble, always pursuing to find the best interplay with all the musicians he plays with.

One of the best teachings he had from his mentor Franco D'Andrea was to never stop doing research and always trying new ways to improvise, to do music: for that reason Incorvaia's music feels always fresh in its search of renewing itself, aspiring to induce to reflection in the fast moving world we live in.